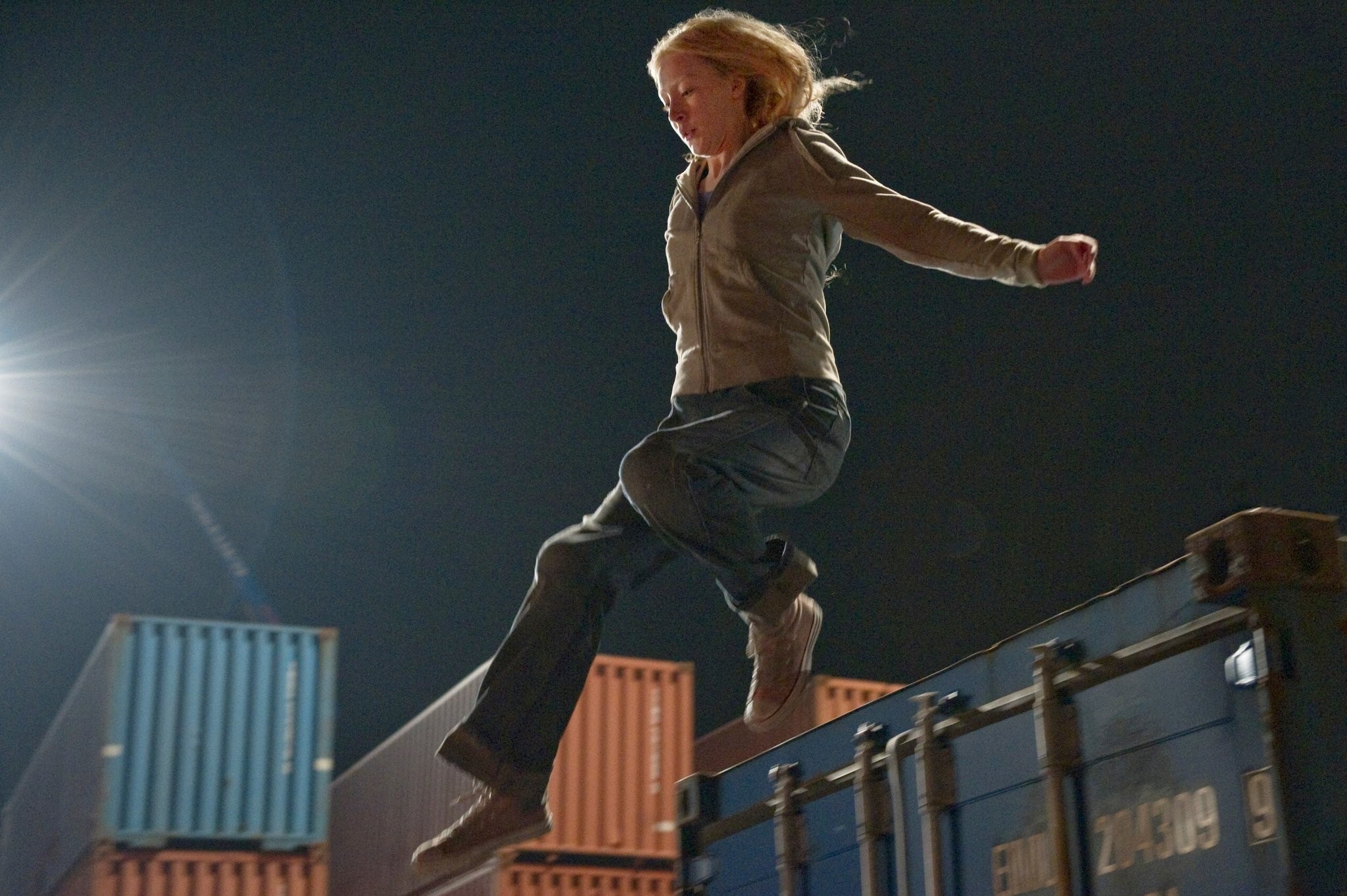 16-year-old Hanna (Saoirse Ronan) has never heard music, worn makeup, or kissed a boy. She's never been to a movie or hung out at the mall. Why? Becau

16-year-old Hanna (Saoirse Ronan) has never heard music, worn makeup, or kissed a boy. She’s never been to a movie or hung out at the mall. Why? Because she’s a trained killer who grew up in an isolated forest with her ex-CIA dad, Erik (Eric Bana), who taught her everything she knows. Erik educates Hanna using an encyclopedia and fairy tales alongside a plethora of survival skills. Her father has prepared her well for the most part, but not for what she’s about to find out about herself.

Even though Hanna is a killer, there is an innocence about her. We get to explore the world through her eyes and first experiences meeting different kinds of people. Take away the killer part, and what remains is a story about a girl who has grown up without being affected by modern society and its typical beauty ideals. She has no preconceptions and remains open and non-judgmental. The family she travels with for a time becomes her classroom for learning about friendship and familial relationships.

“Hanna” is quite the concoction, with its mighty helping of fairy-tale fantasy mixed with a dash of sci-fi and a sprinkle of surrealism. The combination of these elements creates archetypal characters that have David Lynchian traits. Cate Blanchett plays the evil witch who wants to capture Hanna and use her for her own gain. Blanchett’s obnoxiously American CIA operative Marissa Wiegler carries a Southern drawl and is oral-hygiene-obsessed. Marissa brushes her teeth until her gums bleed and then sucks them with pleasure. She is meticulous right down to her thick makeup and her carefully chosen shoes to wear on her hunt for Hanna and Erik. In order to close in on Hanna, Marissa enlists the help of Isaacs (Tom Hollander). Isaacs’ incessant whistle as he chases his prey is menacing, yet farcical at the same time. The Lynchian tones of the film are evident in scenes that take place in a seedy Berlin sex club and an abandoned amusement park.

Director Joe Wright exhibits several complex shooting sequences that result in a compelling mix of artful tension. The scenes in which Hanna is essentially a rat tunneling her way out of a secret underground installation are reminiscent of German expressionist films like “The Cabinet of Dr. Caligari,” with its usage of light, shadow, and odd shapes. The suspenseful tunnel sequence is also like Orson Welles’ Harry Lime being chased by everyone in “The Third Man.” There are even some Hitchcockian shots that resemble “Vertigo.” The cinematography presents its own stunning imagery, namely the Hans Christian Andersen-esque cabin surrounded by fluffy falling snow and the stark beauty of the Moroccan desert.

Wright’s knack at stylistic long sequences mixed with gritty action form realistic fight scenes. Jeff Imada, who worked as the fight-stunt coordinator on both the “The Bourne Supremacy” and “The Bourne Ultimatum,” was the stunt coordinator and fight choreographer for “Hanna.” Ronan’s Hanna can run, shoot, and take down opponents often twice her size in hand-to-hand combat. No doubt, Ronan’s intensive training with Imada made Hanna’s strength and agility even more believable. With Imada and Wright working closely together, what we get are beautifully choreographed action sequences.

The combination of the evil, vain Marissa, the cabin in the snowy woods, the villain who whistles while he works, and the pale-skinned heroine make “Hanna” seem like a darkly twisted version of “Snow White.” This is one fairy-tale adventure thriller worth watching.

Types and methods of investing in real estate